Touring Ireland by car – are you sure you should drive? 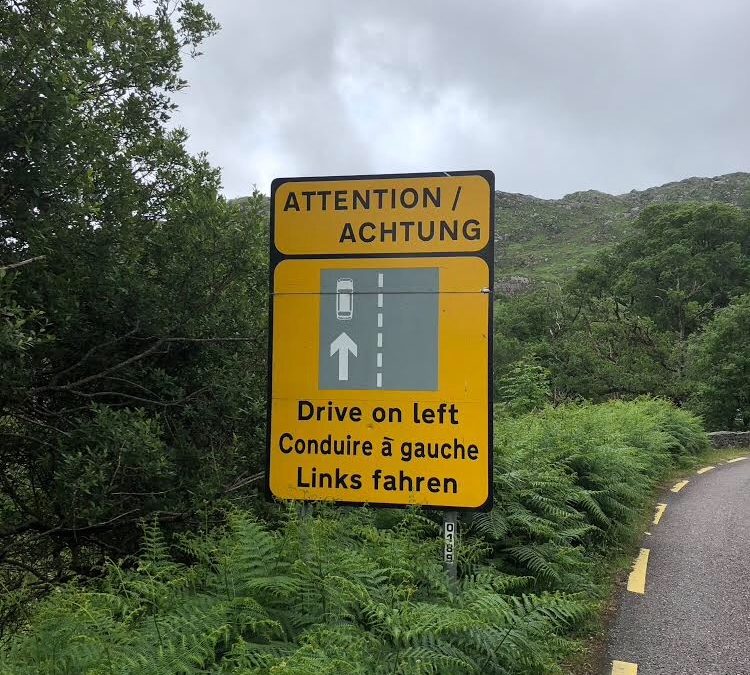 Are you thinking of self driving around Ireland while on vacation?. Maybe this is something you need to think very seriously about.

Figures recently released by the Police in the Republic of Ireland confirm that since 2009, 22 overseas visitors were killed on Irish roads and 34 were seriously injured.

You will have heard about the challenges of driving in Ireland, and of course many myths have been spread on this issue. Roads in Ireland are actually of a pretty good standard, Between Dublin and the other main cities there is an excellent motorway network, what the US called IS roads we call motorways. Off the motorways very high standard national primary roads connect Ireland’s towns. However, when you go ‘off the beaten track’, and most of Ireland’s stunning coastal scenery is ‘off the beaten track’, roads, although well surfaced, get narrow, and driving on these roads is challenging to say the least for those inexperienced in driving on such routes.

(1) we drive on the left – there is no point telling us we drive on the wrong side of the road, we are not going to change
(2) we do not have a grid system of roads – our road system is much older than many countries and was developed in a piecemeal fashion.
(3) Stop Signs and Yield signs do not have the same significance as in the USA.
(4) we use a lot of ‘roundabouts’ – you need to know how to use them.
(5) our cities and towns have many narrow streets, often with traffic going in both directions.
(6) Turning at junctions is entirely different to what you are used to.
(7) believe me, when driving you won’t have much of a chance to enjoy the scenery.

In the course of my touring around the country I have listened to many observations by visitors from other countries. I have been told that our roads are ‘ridiculous’ – they are not, they work fine for us. I’ve been told that we will have to change – thanks for the advice but we will not be changing, I will refrain from advising you about your road systems. On one occasion I was told by a feisty New Yorker that I was blocking the road on the Ring of Kerry – I pointed out to him that the issue was his inability to drive a small car past a large vehicle on a narrow road and I also reminded him that I did not need advice on how to drive in my own country havng done without causing an accident for over 40 years. I also listened to lectures on how bad Irish drivers are, from visitors who are unaware of the rules of the road in Ireland, and for the record if you are driving in Ireland it is up to you to know the rules of the road here. 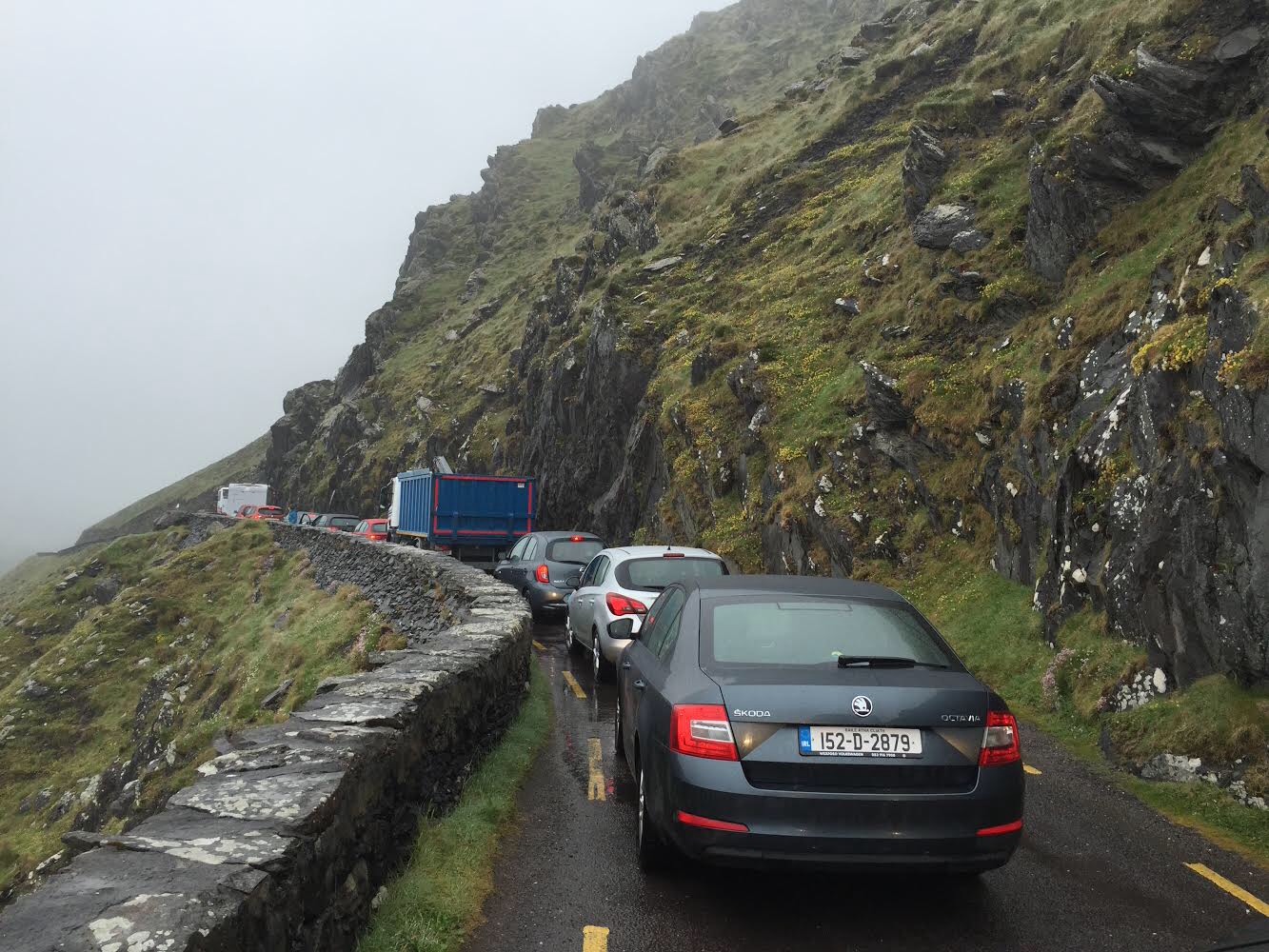 (Road west of Dingle – this is a two way road!)

While I can understand the frustration of overseas drivers trying to navigate our road system, it is on this point that prospective self driving visitors really need to think carefully before they embark on taking on our roads. Every driver in the world would like to think of themselves as competent safe and capable. But if we are really honest with ourselves, we need to fully consider whether we are up for driving on the wrong side of narrow roads governed by a different set of rules and customs. Do you really want that hassle?.

As an alternative you should consider travelling through Ireland with an experienced guide and driver. The benefits of this option include-

(1) having your own experienced Tour Guide who knows Ireland, its history, customs and culture.
(2) having a driver who is local, experienced, knows where he/she is going.
(3) the local knowledge of where to stay, eat or seek entertainment.
(4) the knowledge of off the beaten track attractions and routes.
(5) the provision of a well maintained licensed and fully insured comfortable vehicle.

Of course hiring a private guide and vehicle will be more expensive than hiring a car, but it may not be as expensive as you think. In any event what price can you put on a hassle free enjoyable, informative and safe tour?.

Holidays are to be enjoyed, driving yourself may cause you a lot of stress at a time when you should be relaxing and enjoying yourself.

Classic Ireland Guided Tours offer multi day guided tours throughout Ireland. Group sizes from one to fifty persons can be accommodated. The type of vehicle to be used will depend on the group size. For more information email: classicirelandguidedtours@gmail.com