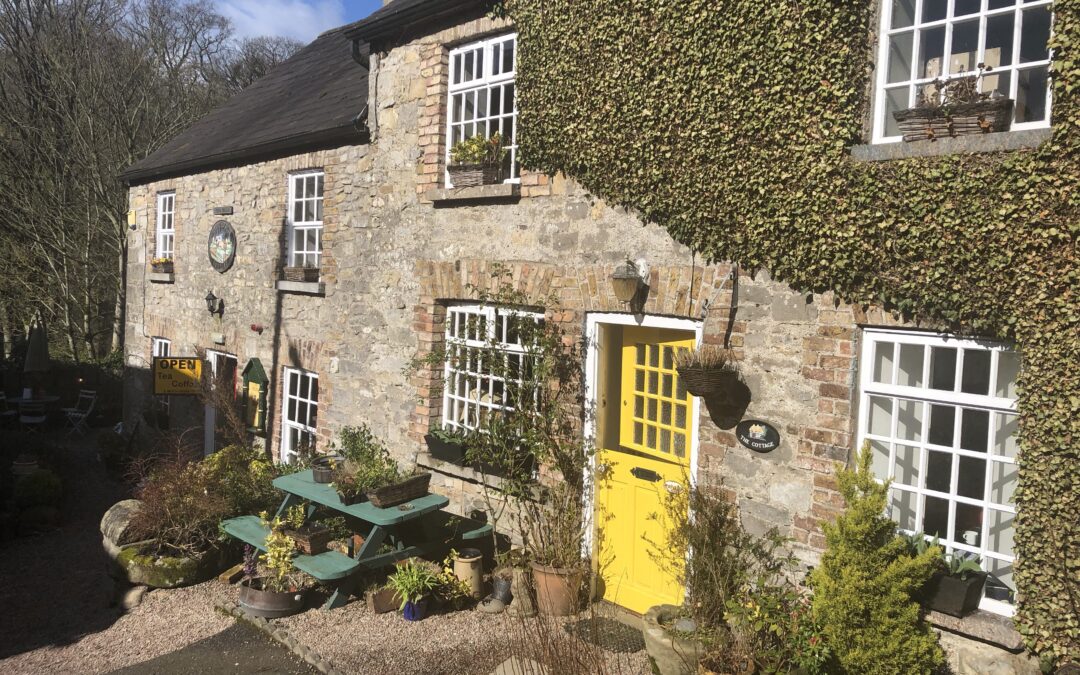 Ireland, although a small country, has two jurisdictions. The Republic of Ireland is an independent country since 1922. However, a portion of the island, known as Northern Ireland, is one of the four constituent countries of the United Kingdom.

There is therefore a border within the island. Many have become acquainted with the nuances of this border given it became politically very controversial during the recent Brexit process. Without doubt this border is the most politically controversial border in Europe. It a border that has suffered much tragedy, violence and political argument. Even though it’s status as regards Brexit appears to have been settled today, with you can take it you will hear more of this border in the future.
The Irish Border was created in 1922 to solve political difficulties in Ireland. Prior to its creation the whole of Ireland was part of the United Kingdom. Once created it became (and still is) an international border between what is now an independent Republic of Ireland and the UK. Back then, the intention was to retain a portion of the island for those who regarded themselves as British, and it was drawn to ensure an inbuilt majority for those who wished to remain part of the UK.
The difficulty with this newly created border in 1922 is that it was not a natural border. It was drawn using the old county lines. This resulted in villages being split in two and the border ran through farms and houses. It still does to the present day. On its western side it cut off the City of Derry/Londonderry  from its natural hinterland of Donegal. Today, some suburbs of Derry are over the border in Donegal.
There are over 200 crossing points on the Irish Border. On many of these crossings, those unfamiliar with the area would not know they have crossed the boundary. Narrow rivers often mark the crossing point. You really would need to know the area to understand how complex it is or indeed where you are.
During the thirty year period of the troubles, there was intensive violence in border areas. To the present day there are tensions among some border communities. Since the 1990’s there are no longer any customs or police posts on the border. It is seamless but it’s existence has enormous political and social consequences.
For those seeking to experience this border, a possible route could be-
(1) From Dublin travel 60 miles north on the MI Motorway. As you approach the border, exit the motorway at Junction 20. While traveling up the exit ramp you will actually cross the border in to the UK. At the top of the ramp, turn left into the car park of the disused church which overlooks the Motorway.
At this car park, walk to the cemetery at the back of the disused church. This is a photograph of this location – 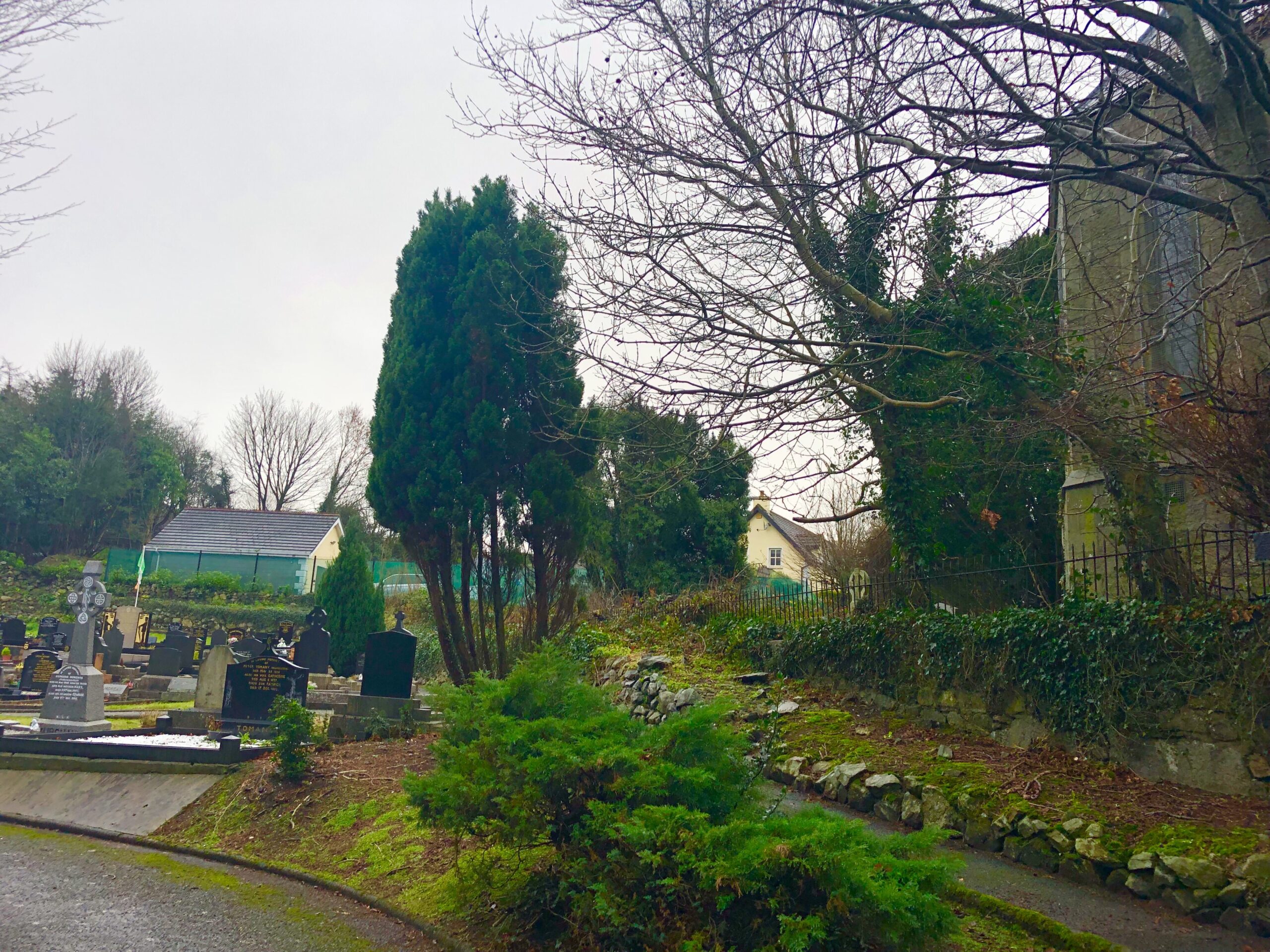 At this point you will have crossed the border again back to the ROI. The low wall between the disused church and the cemetery is the border. West of this location there are three houses, the border physically runs through those houses. On departing this location go west on the B113. You will briefly cross the border twice as the line briefly comes out onto this road. Turn right on Finegans Road and drive towards Drunintee. Your destination is Crossmaglen, 12 Miles.
(2) During this journey you are traveling just north of the border in an area which saw extensive murders, bombings and strife during the troubles. Immediately after passing St Patrick’s Church you will come to a ‘T’ Junction. On the right hand side you will see The Three Steps Bar & Lounge. This is the location from which a British Army Officer, Capt Nairac was abducted and subsequently murdered, a notorious incident in the 1970’s. At this ‘T’ junction turn left onto the Newry Road towards Forkhill. At Forkhill, turn left onto Shean Road and you will cross the border again. Turn right on the R177. You will re-enter the UK after a few miles and you should continue on the New Road to Silverbridge. Then turn left on the Newry Road to Crossmaglen.
(3) Crossmaglen, a small town of approx 1,500 people is the centre piece of the South Armagh area. In this entire area, 58 police officers and 124 British soldiers lost their lives during the troubles, as well as many civilians. On your arrival in Crossmaglen, stop at The Square and avail of the coffee shop located by The Cross Hotel. 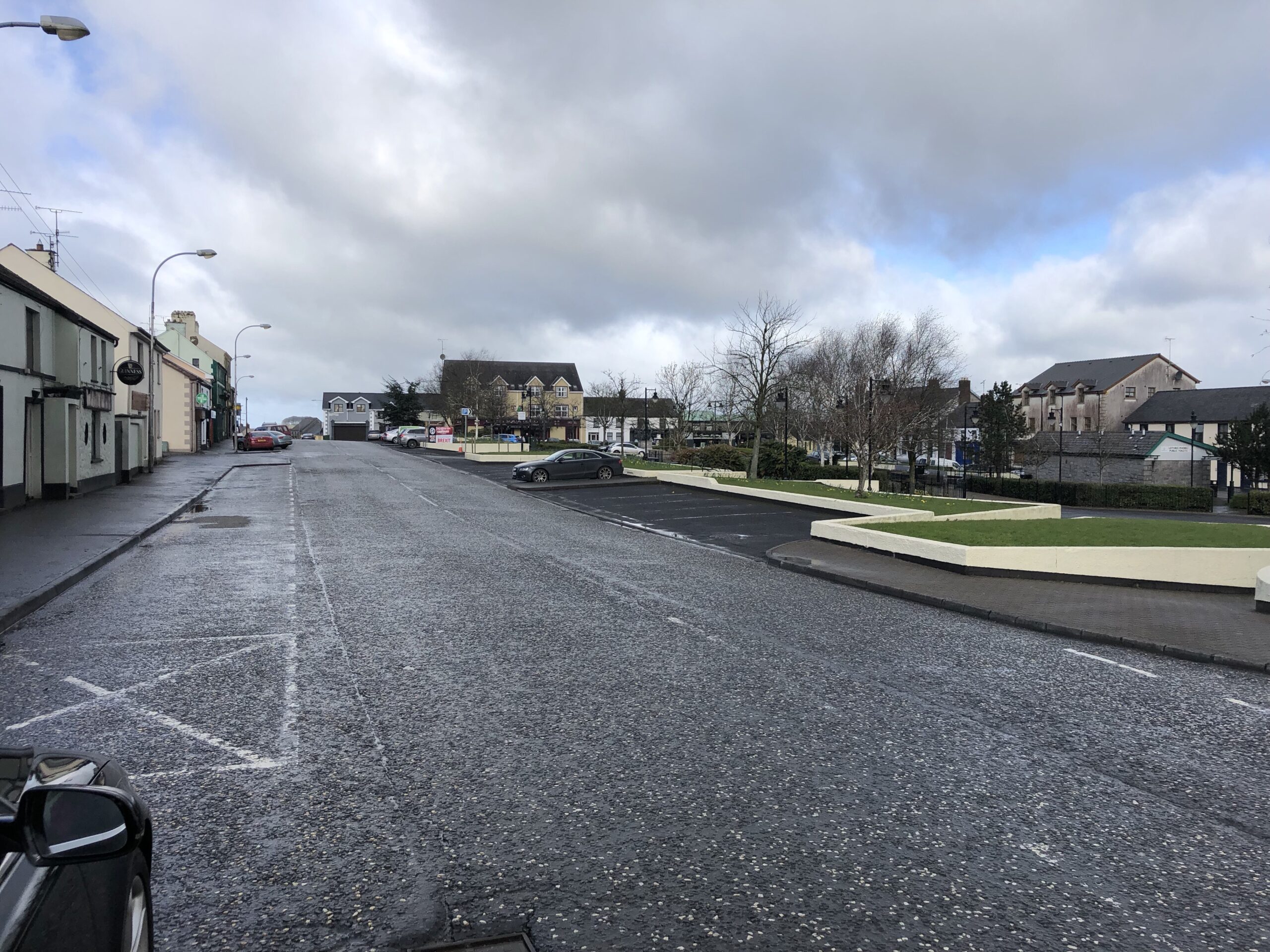 (The Square, Crossmaglen).
(4) From Crossmaglen, taken the Cullaville Road and pass the heavily fortified police station and drive to the small hamlet of Cullaville. Then turn right and after a few miles, you will cross the border again in the ROI. Join the N53 and join the N2 (north) to Monaghan Town. On portions of this road, you will be within a few miles of the border. At Monaghan Town, turn right on the N12 and left onto the R185 to the lovely village of Glaslough, 24 miles from Crossmaglen. This village is right on the Irish Border and is a wonderful place to spend the night at The Castle Leslie Hotel.
The next blog will outline the next stage of crossing the Irish Border.
Classic Ireland Guided Tours provides private multi day tours covering the Irish Border. Email: classicirelandguidedtours@gmail.com
Share...