Ireland’s Hidden Heartlands – Yours to Uncover 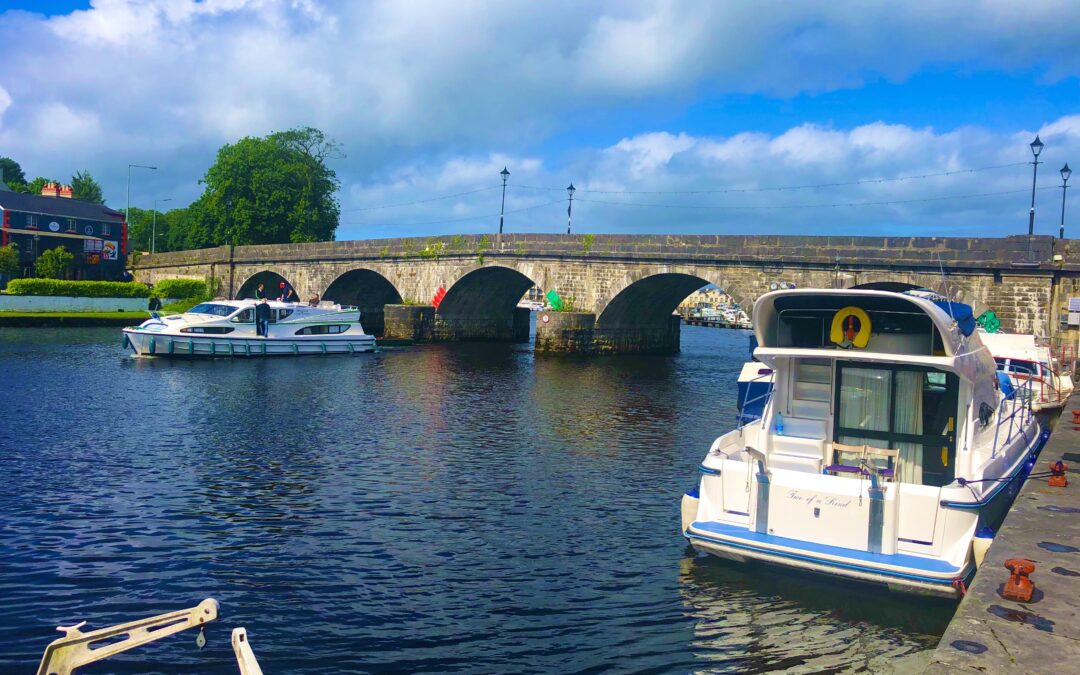 (On The River Shannon)
County Leitrim, situated within Ireland’s Hidden Heartlands, is Ireland’s least populated county with circa 32000 residents.
Situated in the Province of Connaught and bordering County Fermanagh, Northern Ireland, at its north western side, County Leitrim is an area of low hills, lakes and mountains. The county also borders Counties Donegal, Cavan, Sligo and Roscommon.  Traditionally not on the ‘tourist route’ for international visitors, the area, which has an abundance  of scenery, has certainly been discovered by Irish people availing of vacations in their own country. The last few decades has seen a marked development of the area with the Shannon/Erne Waterway and the development of extensive boating facilities.
The natural asset which makes County Leitrim is the River Shannon which runs 224 miles through the spine of the island of Ireland. The River originates on the Leitrim/Cavan Border at a location known as Shannon Pots. The River runs through the county and its lakes, including Lough Allen. The River then runs down the middle of Ireland via Athlone before turning west and flowing through Limerick City out onto the Shannon Estuary and the Atlantic Ocean. 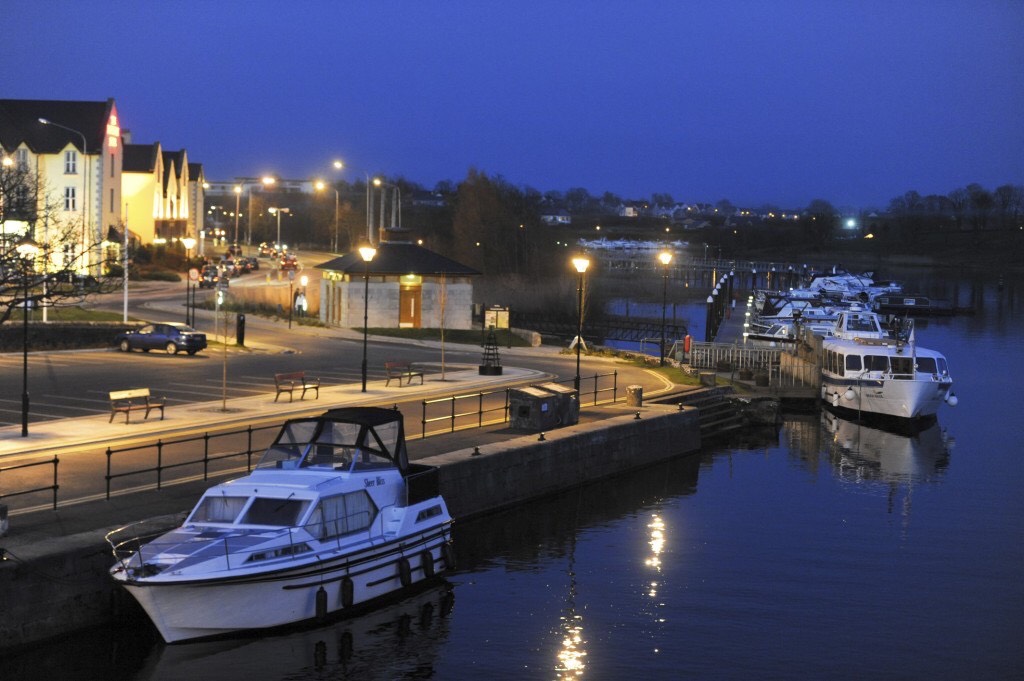 Carrick On Shannon).
The main beneficiary of the River Shannon within County Leitrim is the county town located in the southern end of the county, Carrick-On-Shannon. This small pristine town with a population of circa 4000 people is the center point for those wishing to avail of boating facilities by hiring Modern Cruises for recreational purposes.
Carrack On Shannon is a lovely town to stop over for a while in any tour of Ireland. The town has a number of good quality hotels and of course an array of restaurants and pubs. It is a very attractive small town kept in immaculate condition and for boating enthusiasts it is heaven.
Carrick On Shannon is the gateway to the Shannon/Erne Waterway which connects the River Shannon to the River Erne in Northern Ireland. The development of this dilapidated connecting canal of 40 miles length in the 1990’s was a fantastic cross border project which enhanced and developed the area far beyond what was imagined. The stunning scenery from one end of the waterway to the other offers the visitor the very best of what Ireland has to offer.
Beyond Carrick On Shannon, County Leitrim offers many delightful villages to discover, Leitrim Village, Drumsna, Drumshambo to mention but a few.
If you are planning a tour covering a good portion of Ireland, a stopover in this area for two nights will certainly not be wasted.
Classic Ireland Guided Tours conducts private guided tours throughout Ireland, including County Leitrim. Groups of all sizes cater for. For more information email:
classicirelandguidedtours@gmail.com
Share...