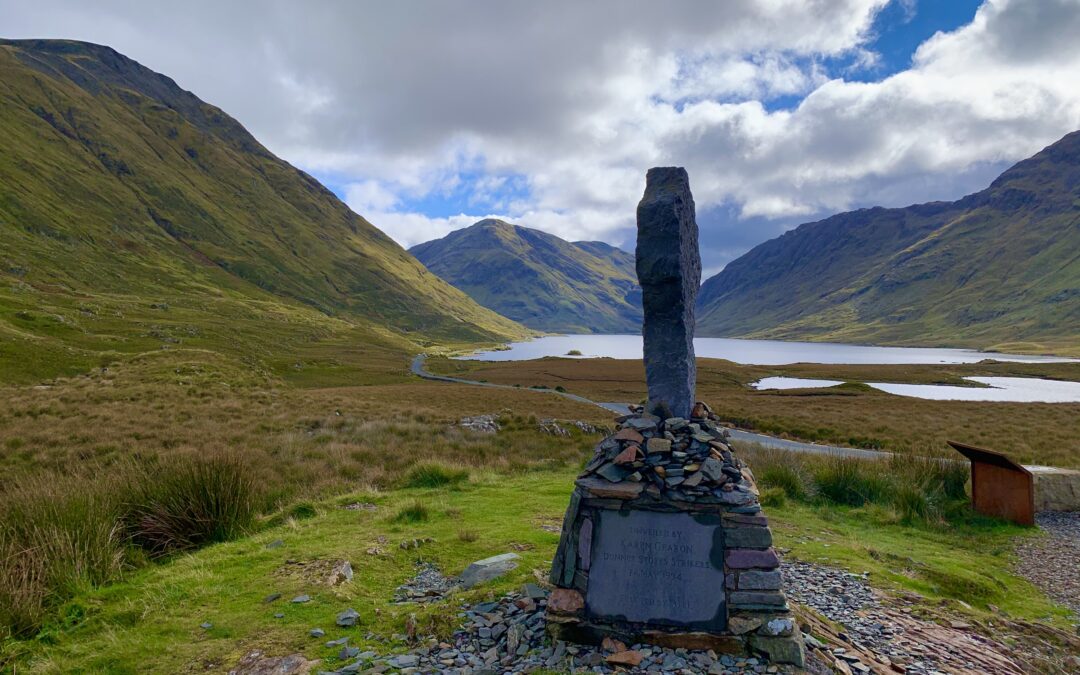 The Doolough Valley, located in south Co. Mayo, is a hauntingly beautiful area and one of Ireland’s best kept secrets. Very much located off the traditional tourist routes, the area is rarely traversed by those large 53 seat buses regularly found on Irish roads. For those seeking to experience the very best of what Ireland has to offer, this area is a must see.
The Doolough Valley, is located south of the village of Louisburgh on the southern side of Clew Bay in County Mayo, and north of the village of Leenane and Killary Fjord on the Galway/Mayo Border. In effect it is an extension of Connemara, with similar topography and scenery. For those driving, be warned that the roads in this area are quiet narrow, particularly those on the Killary Fjord side.
Doolough (translation Black Lake) runs through the Valley itself and is surrounded on its east and western sides by the Sheffrey Hills and Mweelrea Mountains.
Located within the valley itself is a very classy small hotel called Delphi Lodge. The lodge was built in the 1830’s by the then Marquis of Sligo as as a sportman’s hideaway. The Lodge has attracted some very famous visitors including King Edward VII in 1903 and Prince Charles in 1995. For those looking to stay in a very special place, believe me this is one of several options in Ireland. It’s an exceptional well run high quality hotel. 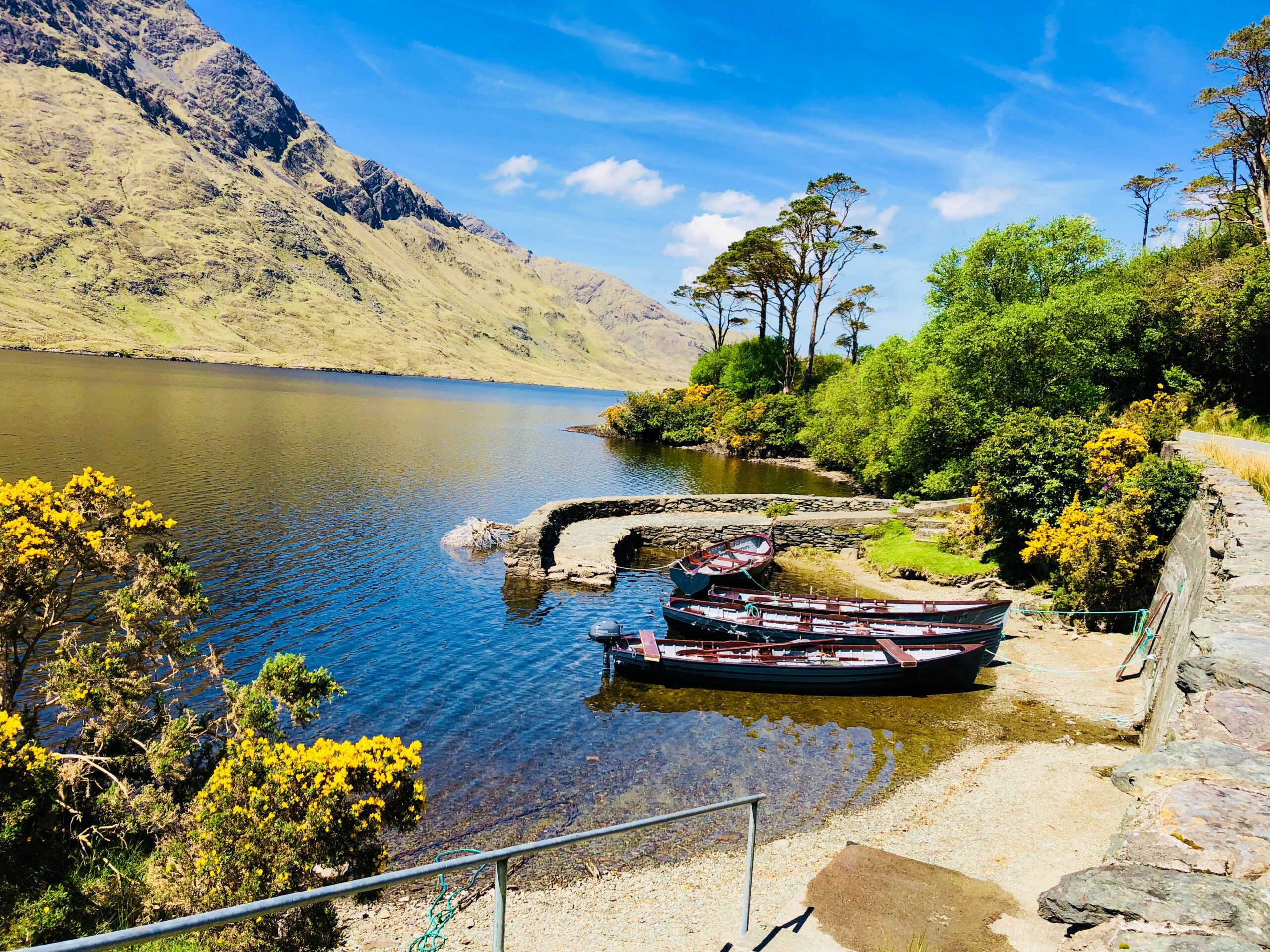 As with so much of Ireland the area has a very tragic history. During the Great Famine of Ireland between 1845 and 1852, a period when an estimated one million people died, County Mayo was an area very badly affected by the famine itself.
During the famine, there was a system of ‘Poor Law Relief’ for those in an advanced stage of malnutrition. To ensure this scheme was not abused (!?) inspectors from the Poor Law Union often physically inspected recipients to ensure they entitled to receive relief.
On the evening of the 30th of March, 1849, those in receipt of ‘relief’ in the Louisburgh were told to assemble in the village square for inspection. Failure to show would result in stopping their ‘relief’. In the meantime the Inspectors received an invitation to come to Delphi Lodge (distance 12 miles) for dinner. The current owners have no connection whatsoever with the then owner of the Lodge who was the Marquis of Sligo. At this time Ireland was part of the United Kingdom. A message was relayed to the destitute in Louisburgh to present themselves in Delphi the following morning.
It must be remembered that the receipients of the ‘relief’ were physically emaciated, destitute, hungry, dressed in rags and had no foot wear. Off they set on an overnight walk of 12 miles. The weather that night was appalling. On arrival at Delphi Lodge the following morning they were turned away as the inspectors were at that stage eating a hearty breakfast.They were told to walk back to Louisburgh.  It has never been established how many died during that 24 hour period. A terrible case of ‘mans inhumanity to man’.
The tragedy of the Doolough Famine Walk is marked by a memorial on the route (see photo above) and by a walk each year on the same route. As stated, the present owners of Delphi Lodge have no connection whatsoever with this incident and are very generous in welcoming the memorial walk each year.
If you are visiting Ireland, and in particular Connemara and/or Co. Mayo, be sure to include the Doolough Valley. You will not be disappointed.
Classic Ireland Guided Tours provides private multi day tours throughout Ireland. The Doolough Valley can be included in such tours. For more information email:
classicirelandguidedtours@gmail.com
Share...