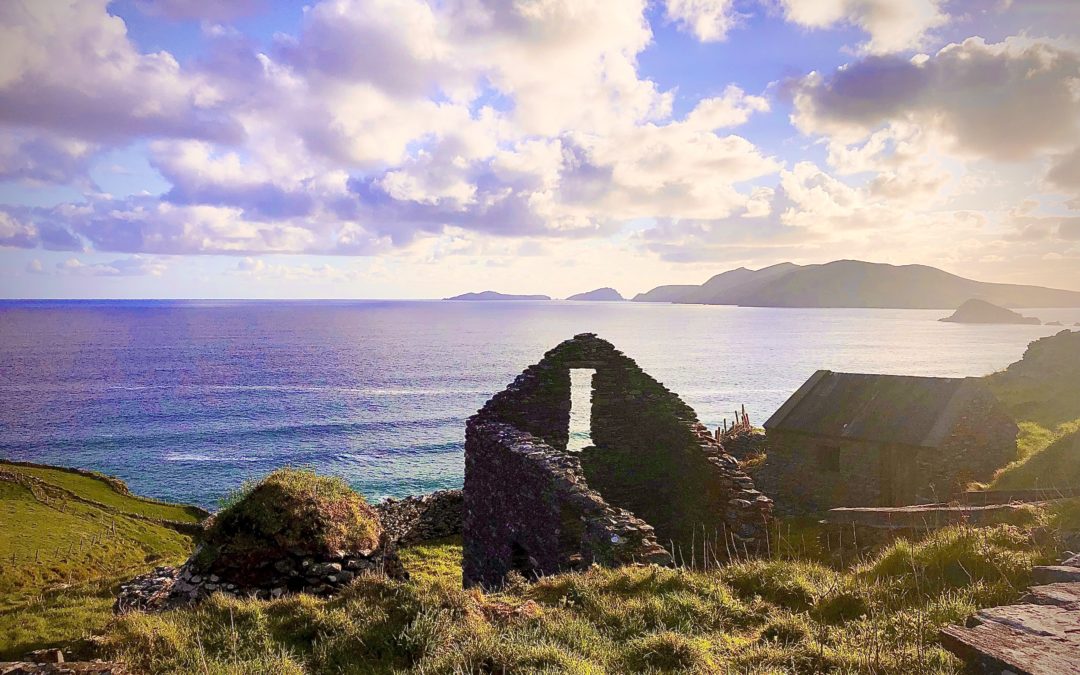 Dingle and the Slea Head Drive, a magical part of Ireland ripe for exploring, is situated at the western end of the Dingle Peninsula in County Kerry. This area forms part of the Wild Atlantic Way and is located arguably in Ireland’s most visited area, the South West Region.
Dingle Town, an old coastal town with a population of circa 2000 people is a very popular destination not just for international tourists visiting Ireland , but also for Irish people themselves. Aside from the physical attractiveness of this Atlantic Coastal Town, the ambience of the locality is enhanced by area being designated a ‘Gaeltacht’ area, an area where the Irish Language, one of Europe’s oldest languages often referred to as Gaelic, is the primary spoken language by those who live there.
The town itself dates back to the 4th/5th centuary, and during the 16th century it became a major port for trade with Spain. Large quantities of linen were exported. In more recent decades it was also a busy fishing port, albeit that has declined in recent years and tourism has now become the larger industry.
The town itself is a hive of good restaurants, lively pubs combined with a relaxed atmosphere. Traditional Irish music is easily found at night. 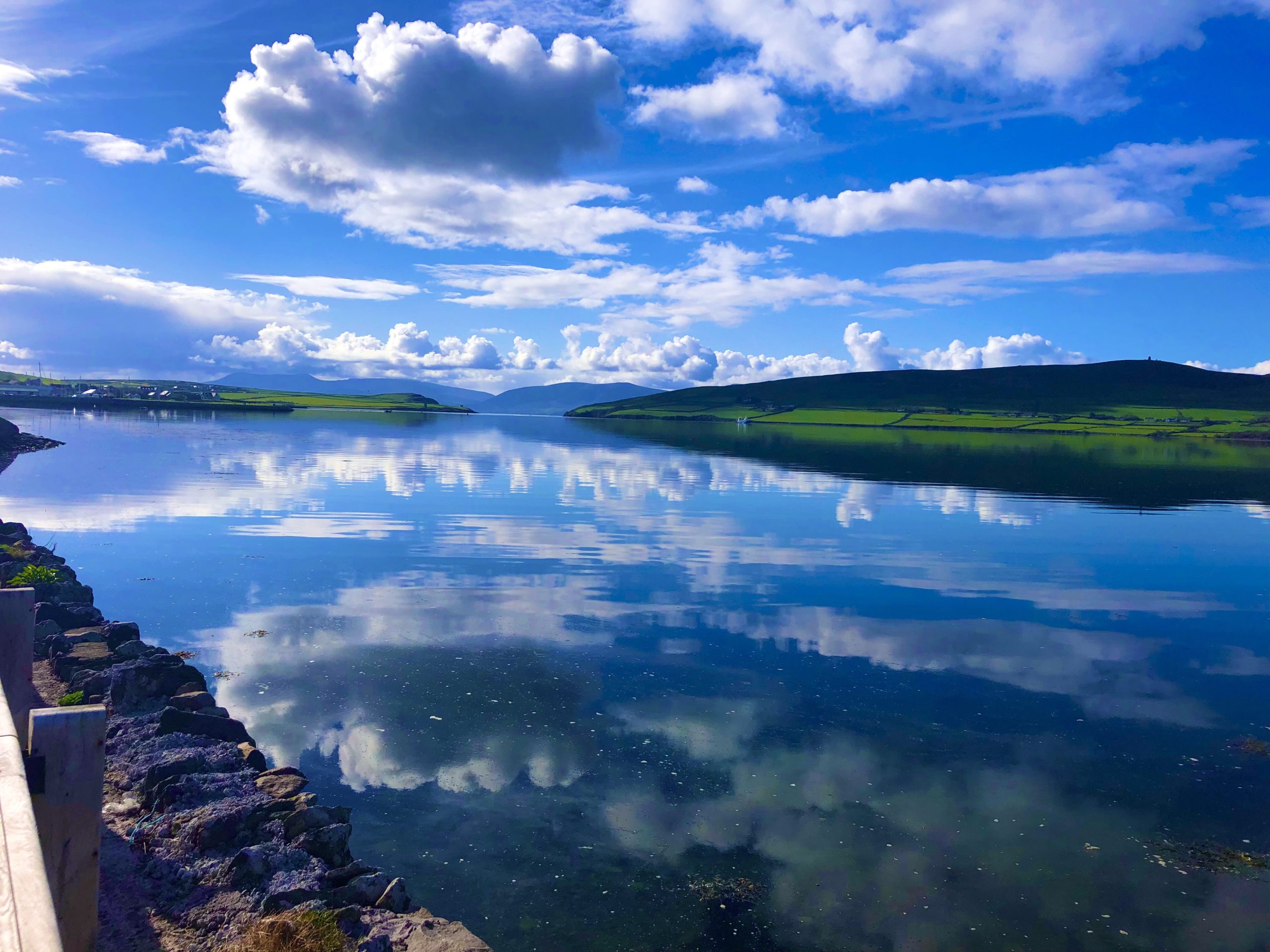 (Dingle Harbour)
Beyond Dingle is the stunning Slea Head Drive, in particular the coastal portion of the route. The scenery on this route is magnificent, with slopes formed from steep dipping beds. Sandstone is everywhere, together with the usual limestone found all along Ireland’s western coast. Located off this route is a collection of six islands known as the Blasket Islands. These islands were occupied up until 1953. There was a great literary tradition on these islands and in Irish Language circles its writers are well known.
This entire area became famous as the location where the film Ryan’s Daughter was filmed in the early 1970’s. The scenery depicted on that film has changed little.
Attractions to see on this route include –
(1) The Blasket Islands
(2) The Blasket Centre, which preserves the history of the islands.
(3) the extensive coastal scenery.
(4) Gallarus Oratory
(5) Kilmalkedar Church
(6) Old Stone Forts and Beehive Huts
(7) on a clear day a great view of the Skellig Islands.
Overall a visit to Dingle and the Slea Head Drive will make a memorable day combining history, stunning scenery, atmosphere and the best of what the west coast of Ireland has to offer.
Classic Ireland Guided Tours operates private day tours to Dingle and Slea Head from the greater Killarney area. For details email: classicIrelandguidedtours@gmail.com
Share...